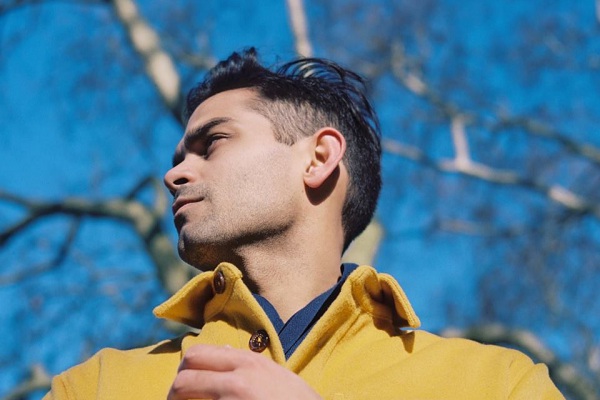 Allman Brown is a London-based singer-songwriter influenced by the likes of Bon Iver, James Vincent McMorrow and Sufjan Stevens. Stopping off at Live Fact KL on the 14th March as part of his Asia Tour he announced himself onto the scene in 2013 with the Sons And Daughters EP (the lead track of which recently surpassed 3.5 million streams on Spotify), he has built a solid fanbase on both sides of the Atlantic through a number of his songs being featured on notable TV dramas in both the UK and US.

2017 proved to be a breakthrough year for Allman Brown: the momentum set in motion by Sons And Daughters culminated in a debut album release (the acclaimed 1000 Years). Influenced by Bob Dylan, Tracy Chapman and Bruce Springsteen whilst growing up in Hong Kong, Brown latterly discovered and embraced musical visionaries such as Ryan Adams, Justin Vernon and Sufjan Stevens.

2018 saw Brown follow up with new music in the form of the Bury My Heart EP (including the singles Bury My Heart and Moonlight) and embark on headline tours of Ireland, North America, the UK and Continental Europe after a series of well-received showcases at the SXSW Festival in Austin, Texas.

In October, Brown surpassed the milestone of 80 million cumulative streams on Spotify and Apple Music.

Album two, Darling, It’ll Be Alright, produced by Ian Bater in the Oxfordshire countryside is scheduled for release in May 2019 and has just been preceded by new single Shapes In The Sun, out a few weeks ago.

Opening Act for the night will be Sabah-born KL-based Beverly Matujal, a folk-pop singer-songwriter who’s an avid observer of life, love, and just about everything that matters to the human soul. Her debut EP Echoes launched in August 2017. A single off of the record, Escalate can be found on Spotify, Deezer, Apple Music amongst others.

The Holy month of Ramadan is here, CMCO continues, the arts and some live music and comedy return, t...