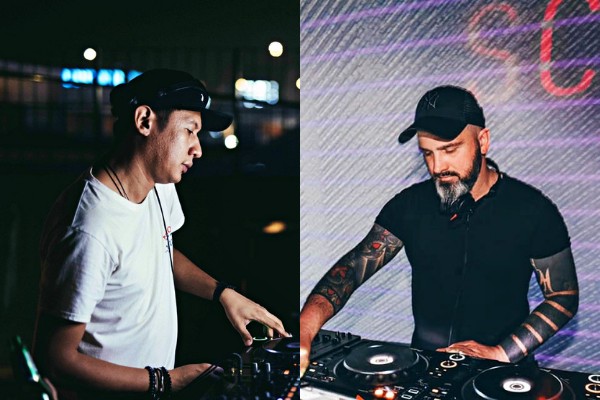 The Beatmilitia collective will be celebrating five years of party making in the Kuala Lumpur scene this coming Merdeka Eve August 30 2019 at Le Noir KL.

It all began five years ago with the coming together of head honchos Nazarud, Adam Khan and Funkayrol, who started off a platform for all hidden talent in KL to showcase their music.

“Along the journey, we recruited potential acts to join our collective for the next level such as Adib, Grey and Joey G,” says Funkayrol. “And now we welcome newcomers to the collective in Ta5h, Eva, Dora and the Gajah Mada Soundsystem.”

For pretty much all the five years their music direction is all about deep, groovy stuff with a variety of house and techno.

“We’ve created a portal for all great and upcoming acts through our podcast also our night series in clubs. By pushing the boundaries, we are planning to have own record label and DJ agency for all DJs around the world to be able to share their musical journey,” Funkayrol adds.

“Each year we strive to build up our team and management to bombard against a concrete wall that has been the boundaries of our success and here we are on our 5th-year instalment. This event we intend to commemorate our achievement and milestone as an independent movement in KL.”

For the special event on August 30, they invite respected artiste in the techno scene, Oliver Deutschmann.

Berlin's Oliver Deutschmann has gained a reputation over the last 15 years through his pure passion, diverse track selection and unambiguous mixing ability. Years before he released his first EPs, he had already set himself on a path that would see him DJ all over the world, eventually leading to his adopted home of Berghain where he has lit up both rooms of the club dozens of times since first playing there almost ten years ago.

Deutschmann displays a distinct unwillingness to be pigeonholed in any one style and is right at home, whether he's warming things up with an understated house groove or thrashing the big rooms with his grandiose brand of techno.

While honing his abilities at the controls, he also began testing the waters of production and label ownership and has since created four labels: Vidab, Falkplatz, Slim Audio and the vinyl-only imprint GKNSTR. Releases on Soma, Aim, Caduceus, Etruria Beat, Mobilee, and his own imprints culminated in his 2013 debut album “Out of the Dark” that Resident Advisor described being “as potent as any techno album released in the last few years”. As an impassioned DJ, producer and label owner, Deutschmann has ensured that his position in the forefront was never a fleeting one, and with numerous EPs on the way, it looks like things will stay that way.

The Holy month of Ramadan is here, CMCO continues, the arts and some live music and comedy return, t...