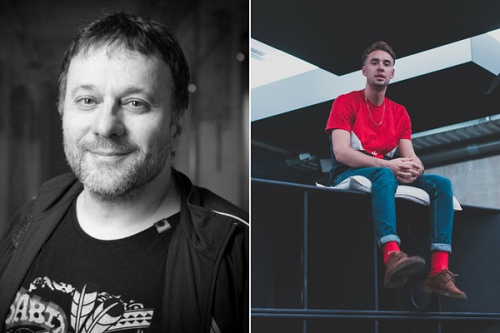 Volume at REN @ KYO KL brings to KL one of the house legends of dance music with François K (NYC/FR), along with Jasper James (UK) AUGUST 25.

Born and raised in France, living in New York City since 1975, François K. (François Kevorkian) started  out as a drummer who soon tried his hand at DJing in underground clubs around 1976. His career  then quickly took off. He was offered a position doing A&R for legendary record label Prelude Records, and remixed many of their classic tracks such as "You're The One For Me' and "Keep On" by D-Train, "Beat The Street" by Sharon Redd, and many more.

His stint there ended in 1982. During that time, he was invited to DJ at legendary dance music institutions as New York-New York, The Paradise Garage, The Loft, Better Days, Studio 54, Les Mouches, Buttermilk Bottom, AM-PM, and Club Zanzibar. His success as a remixer and producer led him to work or collaborate with many more mainstream artists, such as The Eurythmics, Diana Ross, U2, Kraftwerk, Mick Jagger, Ashford & Simpson, The Cure, Jean-Michel Jarre,  Pet Shop Boys, Cabaret Voltaire, Depeche Mode and many more. In 1987 he started building Axis  Studios, a multi-room professional recording facility which remained active as a commercial operation until 2000.

Through the 90’s and to this day François is still very much in demand as a remixer, having remixed the likes of Cesaria Evora, Ame Strong, Talvin Singh, Underworld, Juan Atkins, Atmosfear, B52’s, Gloria Estefan, Big Muff, Moloko, Finley Quaye and others.

Jasper James' career has come a long way since his arrival on the scene. Emerging from his roots as a leading tastemaker in Glasgow's vibrant house scene and breaking away from his peers to become more than just a 'one-to-watch' but a respected figure in his own right. A DJ and producer with talent that stretches beyond his years, he's crafted and developed his own brand of off-kilter house and heads-down techno through extended DJ sets at some of the worlds most respected clubs.

Having graced the decks with high accolades in venues such as Fabric, The Warehouse Project, Smartbar, Blitz, Lux, Bobbeaman and of course, the legendary Glasgow club – Sub Club. Just as comfortable in Ibiza as he is playing a festival, Jasper represents the same whether on the big stage, or an intimate basement. Support for the night will come from Slutski and Qussay.

Volume at REN is an amplified sonic experience for nocturnal revelers, a ‘no frills’ music-centric party as house and techno takes over the underground with the sought after sounds of our resident and guest DJs.

KYO KL: Mandarin Oriental Kuala Lumpur, off Jalan Pinang, KLCC, KL: Admission (with one drink): RM50 before 1am / RM60 after 1am. For table reservations please contact reservations@clubkyokl.com or 012-921 1730.

Marini’s on 57 is launching a brand new ladies’ night for the fine and all around fabulo...

The concept of lying, to others, and even to oneself is cleverly explored in this Japanese/Malaysian...

Rockaway Showcase will be bringing Mongolian throat rockers The HU head in for a visit to KL th...

Zouk Genting is introducing their first signature night - LOST IN SPACE and they're starting it...

The Triple Threat kicks off 2020 with the popular The Bee Presents series this coming 28 February 20...

Thomas Gold makes his debut at Dragonfly KL for Anthems

ViViD is set to welcome back Pan-Pot (Tassilo) & David Gtronic at Kyo KL this 27...

Pisco Bar KL is all about the people who made it possible. And to celebrate 7 years of stellar event...

Discover the latest in Kuala Lumpur with your weekly Comedy, Theatre & Classics Guide for t...

Check out The City List Live music guide for 19 February 2020 with gigs around K...

Check out the latest events for the clubbing and bar scene in Kuala Lumpur from 19 February. Here ar...

Quiz Night is BACK at The Bee for Season 2

Who doesnt love a Quiz Night? Well, you will be pleased to know that the quiz happening every fortni...