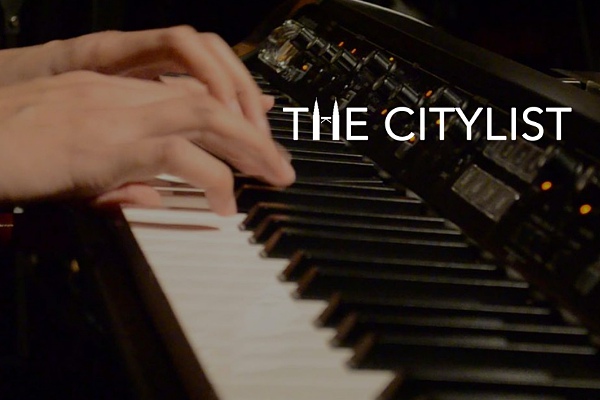 Live sounds around the Klang Valley for the year end and into 2019. Music of all kinds from jazz, classical, indie and rock to the realms of theatre and comedy, here’s a look at the week ahead.

This weekend, the Crackhouse gathers some of the funniest carbon based life-forms (for the gender progressive readers), to try and make sense of what in the bloody hell happened this year - and what next year has in store. Brought to you through a mix of unpredictably absurd improv games and good ol' fashion stand-up comedy - this show has something for everyone. Join your favourite comedians as they squeeze the final laughs from the lemon that is 2018, before they buckle down and brace for a whole new year with punchlines as yet unwritten!

JINX YEO: With savvy observations and insightful perspective, Jinx Yeo brings you hard-hitting punchlines with effortless delivery, making you wonder what else he is capable of. From the Hong Kong International Comedy Fest in 2011 to performing alongside Gina Yashere and Ronny Chieng, Jinx's relatable observations transcend cultural differences making him Singapore's most international comedian!
PHOON CHI HO:  One of the pioneers of KL's (then) nascent comedy scene, Phoon Chi Ho is one quarter of M.A.C.C. and a well-respected comedian, writer, and producer. Having appeared on Comedy Central Asia and Astro Warna, Chi Ho's creative juices have been frequently channelled into corporate advertisements as well as national television. Fresh off M.A.C.C.'s 2018 SOLD OUT tour, Phoon Chi Ho mixes his unique brand of uncle-humour to inoffensive rib-tickling observations.
KAVIN JAY: Described by some as a rapid-fire grumpy joke-telling machine, Kavin Jay founded Malaysia's first comedy open-mic - One Mic Stand. From humble beginnings in suburban Cheras, Kavin has since gone on to perform across the world, touring comedy festivals and recording Netflix Specials. His 2018 Special - Everybody Calm Down - was ranked in the Top 10 of The Wrap's list of Best Netflix Specials, going far exceeding the ranking of fellow Malaysians on the list.
RIZAL VAN GEYZEL: Founding One Mic Stand alongside Kavin Jay, Rizal van Geyzel has since gone on to establish Malaysia's first and longest running stand-up comedy club - the Crackhouse. 0% politically correct yet 100% hilarious, Rizal's unmistakable presence in the local scene is brought to you through a variety of anecdotes, stories, impersonations, and observations.

Dani starts the evening off at 7.30pm with Kaya live on stage from 11pm.

Join established Aussie-singer-in-KL Sandra and her band for a great mix of eclectic songs covering different genres and eras that will take you from relaxing on the comfy sofas to your feet. Special guest singer, Dodi Mohammad, well-known in the international fashion scene, will impress with his vocal prowess. They have the talented Ui Li on the ivories,  Wafi on bass, Aliff on sax, and Ruvi on drums.

Born in São Paulo, Brazil, Juliana da Silva is well known for her outstanding performances. She interprets Brazilian music and jazz with a mixture of expression, charm, humor and passion for the music she sings. She has become a remarkable representative of bossa nova and the 'musica popular brasileira'. Juliana has performed in Jazz Festivals in Germany, Poland, Russia, Holland and Czech Republic with her Jobim Project. In Asia she has performed in Bangkok, Hyderabad, Kuala Lumpur and Singapore accompanied by great local musicians such as Jeremy Monteiro and Michael Veerapen. In Germany, she is one of the main artists performing regularly at Frankfurt Jazzkeller, where she organizes a summer special event since 15 years. Throughout her concerts she brings different repertoire and formations, always with the same aim: the perfect mixture between Brazilian music and jazz.

Hady took his first musical steps at the age of 8, learning the piano from his father; it wasn’t until he was 17 that Hady’s father taught him to play classical guitar, theory and how to read music. It was during this time that Hady discovered Classical music, thus beginning a love affair with classical guitar. Over the next few years he honed his skills as a guitarist (playing classical and electric guitar), developing a unique style that reflects an amalgamation of his ever expanding musical tastes. In 2004, he furthered his studies and obtained a Diploma in 2008, graduating with a Bachelor’s Degree majoring in Classical Guitar and Music Arrangement in 2012 at the National Academy of Arts Culture and Heritage (ASWARA).

Syima kicks the night off early at 7pm. At 11pm, Acoustic Fourplay hit the stage.

Tony Lakatos (www.tonylakatos.com) was born into a musician family in Budapest, Hungary. His Father was a famous gypsy violinist as well as his younger brother Roby. The musical study began on the violin at the age of 6, and on the saxophone when he was 15 years old, and became a professional musician when he won a national jazz competition in 1977. He graduated from the jazz department of the Bela Bartók Conservatory in Budapest in 1979. Shortly after he moved to Germany in 1981, became one of the most respected saxophone player in Germany as well as worldwide. He performed as a saxophone soloist in numerous jazz/pop/rock recordings and concerts. Tony has played the saxophone in 350 LP/CD recordings as a leader or as a sideman.

Michael Veerapen is well-known in the Malaysian Jazz scene – having established his name as a Jazz pianist, producer, record studio head and mentor, and one of the strongest driving force behind the jazz scene in Malaysia. He launched his career even before graduating from the prestigious Berklee College of Music with Suma Cum Laude in 1982, making a name for himself in the industry. He is the musical director for some of Malaysia’s top performers like the legendary, Sudirman. In more recent times, he has composed and directed several highly successful musicals including ‘SuperMokh’, ‘Lat Kampung Boy’ – for which he won the coveted BOH Cameronian Award for Best Composer. Last year, he was the music director, composer, and orchestrator for the grand and successful opening ceremony of the 2017 SEA Games held in Kuala Lumpur which was broadcast live to all major ASEAN countries. With an impressive professional track record to date, audiences can anticipate an extraordinary performance!

Irma Seleman starts the evening off at 7.30pm with Clinton Jerome live on stage from 10.30pm.

Netflix specials, sold out auditoriums, international tours - all of them started out at open mics. A place for comedians to try out new material, and for newbies to try to hold on for dear life. Witness the grassroots of Malaysia's very own comedy scene, have a drink or three, and maybe even jump on stage! If you'd like to be the Seinfeld or Shandling, Carr or Yashere, Iskander or Leong - Open Crack is where you'd start! Turn up at for slots with 3 minutes of material. So head on over to the Crackhouse Comedy Club every Wednesday,8pm

*Malaysian timing / **If you buy at the door. Showtime 9pm, Door opens 8pm

JANUARY 3:  The Frankie Sixes at NBT

The Frankie Sixes is a side project of singer-songwriter Reza Salleh, started out playing for lindy hop dancers, a kind of swing dance from the 1940-50s. Reza is an AIM award-winning he’s appeared in most major music festivals and has had his own showcase at Dewan Filharmonik Petronas. Reza is the main vocalist of the band.singer- songwriter and a regular face in the independent music scene. His debut album “Realize” topped radio charts the year of its release and has led him to performances in Korea, Japan, Thailand, Australia, Indonesia and Singapore. He’s performed at the 18th annual Sunset Live Festival, Asia Music Found Showcase and the Nakasu Jazz Festival in Japan, as well as being invited to the Jazz & Wine music series and the Daegu Folk Festival in Korea. On local shores.

On keys is Ee Jeng, one of the most jazz musicians in the Malaysian jazz scene. In addition to playing local jazz festivals in the country, internationally he’s played for the likes of Randy Bernsen, Laura Fygi and Indro Hardjodikoro. He’s normally seen leading the 8-year-old Ee Jeng Trio doing a repertoire of jazz originals or Funkatorie, a soul and funk act.well known

On double bass is Che Wan, who has played for some of the top jazz practitioners in the Malaysian music industry including Michael Veerapenn, Patrick Tebrack, Junji Delfino and many more. Outside of for the likes of Yuna, Guba and Tony Eusoff.jazz he has sessioned

On they have KJ, trained musically in the esteemed Musicians Institute in Hollywood, California. Together with Malaysian Jazz Ensemble WVC, KJ has drummed in many parts of the world such as China, Taiwan, Macau, Thailand, Canada, The United States and even the Caribbean Islands.drums

Levi’s® Malaysia kick started the local chapter of Levi’s® Music Project back in...

As we move into the last month of what can only be described as an extraordinary year, the Condition...

Get your groove on LiveStream this Saturday 5 December from 3 pm for 12 hours of retro dance music v...

He's been laying down the beats from home the past few months on a special celebration with his...

Award-winning EQ nestled in the heart of Kuala Lumpur is offering holiday staples to...

Creating a happy environment that revolves around being fun has always been one of JOLOKO's&nbsp...

Nobu At Home returns with massive 30% discount off total bill

Introduced during the Movement Control Order earlier this year, Nobu At Home returns with a massive...

15 Top Instagram Worthy Cafes Around Selangor to Visit in 2020

The State of Selangor is often known for its many interesting tourist spots, but not only that, but...

Wizards at Tribeca: The Magic Continues

The MCO was a time of struggle for many of us.  But it was also a time of reflection, creativit...

Ăn Viet isn’t new in town and has built up quite a reputation for itself among lovers of Vietn...