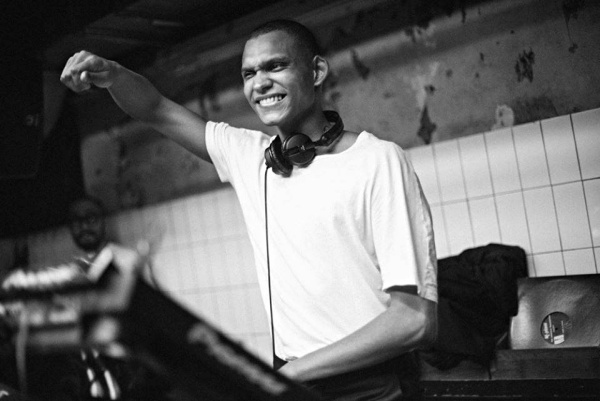 Bambounou’s originality and forward thinking style sees him operating at the forefront of today’s dance music scene. Spending the past few years honing his sound and technique, Bambounou, a key figure in the Parisian scene, has gained his position from his genre bending and jubilant electronic music productions and laying down solid freight train DJ sets around the globe.

Born Jeremy Guindo, Bambounou is the product of vast internal landscape where he roves freely in search of inspiration. Just as his alloyed French-Malian-Polish background has grown him a strong backbone of musical independence, so too has his love for astrophysics and dystopian sci-fi been distilled into futuristic interpretations of UK techno, IDM and tribal sources.

Bambounou’s originality and craftsmanship have earned him some first rate remixes with the likes of Laurent Garnier, Jessy Lanza and Sampha. Also featuring on the night: JonnyVicious, Shazan Z, Rimka, Lzzy, Roshan and Soothsayer.

From the desktop and homes of Kuala Lumpur DJs and Artistes, here's a selection of clubbing soun...

Nightlife and entertainment venues may be shut, but you can still get your dose of fun with Zouk Gen...

Way back in March 2020, before the Movement Control Order was announced in Malaysia, we were lucky e...

When you are stuck inside, crazy busy with work and craving some Netflix time, the last thing you wa...

From the desktop and homes of KL DJs and Artistes, here's a selection of clubbing sounds, live m...

It has been two months since Music Platform Live Fact KL's last show prior to the lockdown....

Oh to be watching the sunset while lounging on the rooftop of the Alila Bangsar, sipping a classic C...