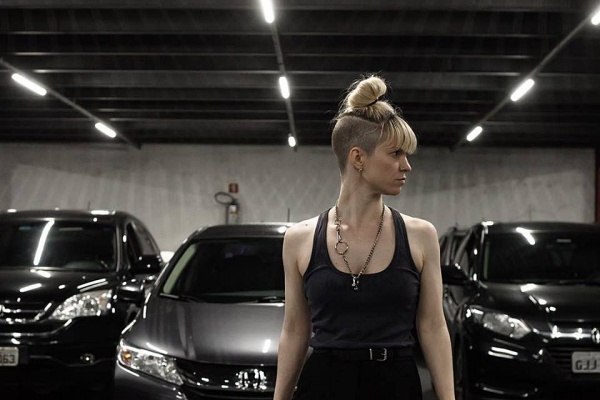 SUBSTANCE this coming Saturday 20 April welcomes yet another debut, all the way from New York, VOLVOX!

A dominant force on the Brooklyn underground scene, Volvox is known for tough, stripped-back techno and groovy, acid-flavoured sets. She has been a busy DJ and event producer since 2006 and in that time has shared the decks with many international stars including Marcel Dettmann, DVS1, The Hacker, Legowelt and Marcel Fengler.

Based in NYC since 2011, she holds two monthly residencies: JACK DEPT. NYC at Bossa Nova Civic Club is a top event of the notorious hotspot that’s focused on an acidic house party vibe featuring standout DJs and producers from across the burgeoning American scene. The mighty UNTER after hours pushes the harder edges of techno and in just a year has proven itself to be a highlight of the late-night circuit.

Raised in Buffalo, New York, her early experiences in the industrial and rave scenes of rust-belt America shaped her outlook on dance culture. An ardent supporter of the underground, she was a key figure in developing the electronic music scene in Boston, Massachusetts from 2007-2010.

Since the last half of 2015 Volvox has enjoyed a growing tour schedule including noted appearances at POP Montreal, VIA Festival in Pittsburgh and the ascendant Sustain-Release festival in upstate New York. In 2016 she has appeared in Mexico City and Sao Paulo, Brazil and recently completed a US tour stopping in Pittsburgh, Buffalo, Los Angeles and San Francisco. Volvox is a unique character on the US scene guaranteed to bring a high energy show that lights up dance floors with an undeniable spirit.

Living Room Live returns with an intimate evening that promises to tantalise all your senses. For th...

Live music and music beats at Crane KL to accompany your eats and drinks and cocktails in the heart...

Moving into May and into endemicity, arts, theatre, comedy, live music, DJ nights are ON this weeken...

Listen to the kindness of your parents this 1 July  “If Father is a boat, th...

Festival of sight and sound - Gelombang 2022 now scheduled for August

When you are around China Town in Kuala Lumpur, Bunn Choon is a place that you must stop over and ha...