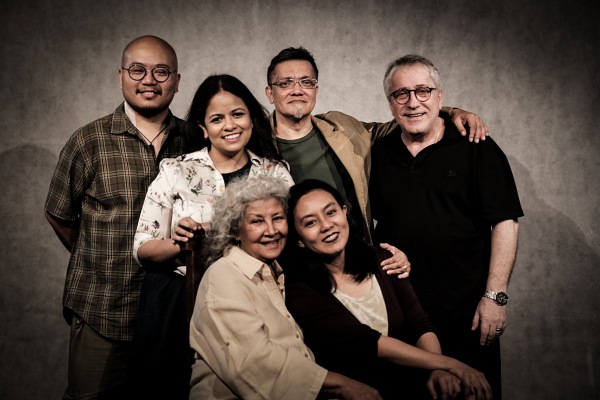 Transitions is a poignant play about human resilience. Set for four shows at KLPac between 23-26 May, It is a story about life after life – of past glories, present struggles and the echoes trapped within a broken mind.

SeniSound Heritage Radio Station is a small community radio station operating from a shophouse in one of the older suburbs of KL.

The station’s Founder is Kathy Khan (played by Faridah Merican), a personality well-loved by many and someone who has devoted her life to the station. They’ve just wrapped up their 10th anniversary celebrations when something unexpected happens. Kathy suffers a massive stroke.

Written by Marina Tan, Transitions was inspired by Arthur Kopit's Wings, Saidah Rastam's Rosalie and Other Love Songs and Just for the Love of It by Paul Augustin and James Lochhead. Transitions is part of The Actors Studio's 30th anniversary celebrations made possible by Yayasan Hasanah, Transitions is sponsored by Yayasan Sime Darby and supported by the National Stroke Association of Malaysia (NASAM).

Living Room Live returns with an intimate evening that promises to tantalise all your senses. For th...

Live music and music beats at Crane KL to accompany your eats and drinks and cocktails in the heart...

Moving into May and into endemicity, arts, theatre, comedy, live music, DJ nights are ON this weeken...

Listen to the kindness of your parents this 1 July  “If Father is a boat, th...

Festival of sight and sound - Gelombang 2022 now scheduled for August

When you are around China Town in Kuala Lumpur, Bunn Choon is a place that you must stop over and ha...