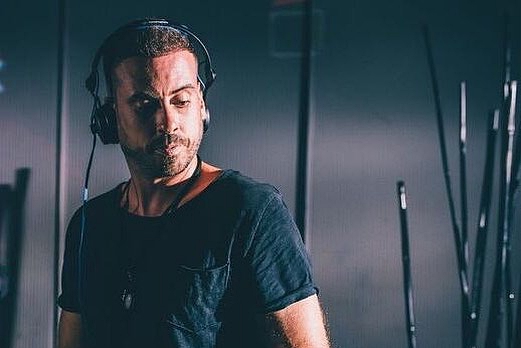 The 15th edition of How Deep? curated by Otherkind brings the Ibiza heat into our endless summer hearts at The Sweatbox this Saturday, 15 December with something of a fellow resident – this time of the almighty Heart Ibiza/Acid Sundays. Both OtherKind and Aracil started their producer careers with the same awesome label- Kommunication Records and the mix and match couldn't be more appropriate. Co Sweatbox resident Obadius will join them behind the decks for a night of deep, acid, naughty grooviness.

Coming for a musician family, it was at the young age of 17 when Aracil moved from the north of Spain to London, and discovered his passion for electronic dance music, making, that same year, his first appearances as a DJ within the local scene.

In 2012, Aracil moved to Ibiza, and started to work on his first productions. One year later, he would release his first EP on the Berlin Label Kommunikation Records. A mixture of energy and harmonies defines Aracil personal sound, which rides between the melancholy and euphoria that distinguish a very unique style of production, as he is always trying to push forward the boundaries, and tell a story with every song. His style as a DJ ranges from pure deep house to melodic techno, with many influences of music from Berlin.

Since 2012, Aracil has been part of the Ibiza scene, performing in most of the best known venues of the Island, Sankeys, Space, Pacha, Privilege, Ushuaia or Km5, Destino Pacha among many others, leading him to be chosen by Emerging Ibiza as one of the best new incomer DJ/Producer of 2015, and participated that same year in Dancefair Ibiza.

Aracil is currently combining his residences at Heart Ibiza and Acid Sundays, with his work as a producer and touring DJ.

Moving on in May and on into endemicity, arts, theatre, comedy, live music, club, DJ nights are ON t...

Live music and DJs continue this week at Crane KL

Live music and music beats continue this week in the heart of Chinatown KL at Crane KL. Located...

Micasa Sucasa is back this weekend, continuing with its second season this Saturday 21 May 2022 Live...

Jungle City Beats features Dangerdisko this 21 May 2022 up on the WetDeck, W Kuala Lumpur. Jungle Ci...

Wired Music Week (WMW), which has been on a physical hiatus since 2020, returns with a bang for two...