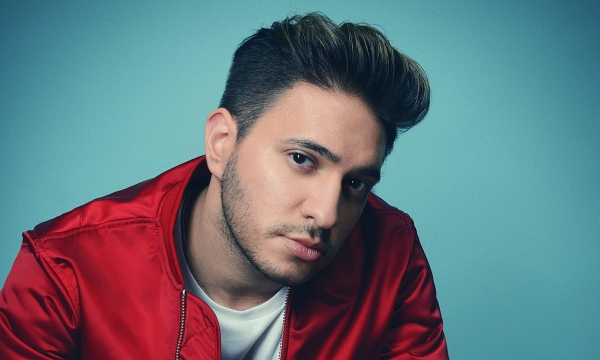 In an era of slow-building careers, Jonas Blue who will be appearing at Zouk KL's Mainroom on the 21st April is an anomaly. In just two years, the double Brit Award nominee has become a pop powerhouse, a globally-successful songwriter, producer and performer with more than 3 billion streams and 21 million singles sales to his name.

Since his reboot of Tracy Chapman’s “Fast Car” exploded around the world in 2016, Jonas Blue – aka Essex-born Guy Robin – has proved a musician with a Midas touch. Four further consecutive hits, all originals, two of them Top 5 single in the UK, have sealed his position as Britain’s brightest new artist and one of pop’s most in-demand producers. Having helmed Craig David’s recent hit “Heartline”, Jonas Blue now splits his time between producing his own material and penning hits for other artists.

It’s not only the speed of his ascent that’s striking, however. In a scene awash with A-list guests, Jonas Blue’s choice of singers has helped him stand out. His spectacular success has come in part from his talent for spotting rising stars who had barely been heard of when the records were released - among them Raye on By Your Side, Dakota on Fast Car, JP Cooper on the platinum-selling Perfect Strangers, Australian YouTuber William Singe on summer anthem Mama and South London-based Afrobeat musician Moelogo on current smash We Could Go Back, a nostalgic song about lost love that adds guitars to his signature melodic sound.

Jonas’ records have hit more than 2 billion Spotify streams. In 2016 he sold more singles in the UK than the likes of Clean Bandit, Ellie Goulding, Olly Murs and Zayn Malik. Jonas’ rapid rise into the mainstream has allowed the DJ, producer and multi-instrumentalist to establish himself as one of the most talented and well-rounded artists to come out of the UK in recent times. Zouk KL will be bringing Jonas Blue to the Mainroom on 20 April for a DJ set that reprises some of the famous dance-pop hits we've heard on radio, as well as Jonas's trademark Tropical House melodies.

Blink and HypeEmbeats also feature for the night.

Met a decade ago and started collaborating as a team over recent years "Goldfish & Blink" has been in the forefront of the DJing culture in Malaysia, quickly establishing a unique style through their music backgrounds and versatility in production styles. Through labels like Revealed Recordings the world is quickly discovering what tens of thousands of Malaysian EDM fans already know about Goldfish and Blink, Revealed's latest breakthrough stars: that this Malaysian duo is set to take over. Part of a new breed of South East Asian EDM champions, the pair have been stealthily increasing their international profile via releases on Universal Music, Dirty Dutch, Vicious and MixMash Records.

Hennessy, the world’s best-selling cognac, today unveiled the Malaysia Top 10 winners of this...

The Public House is definitely a public hang out area to savour good food and drinks. Located nearby...

MCO returns to the Klang Valley. Some arts and some live music and comedy may or may not still conti...

Not your ordinary place to have a sip of coffee or hang out. Unwind at the Three Years Old Cafe newl...